On the whole, my hobby as of late has been quite lacking. But over the past few days I have assembled a few new models, reassembled/broken apart/attached new bits to some older models as well as undercoated the lot.

This means that tonight, all being well, I might be able to get some models painted.

Sadly, my last attempt at a painting session didn’t go too well as it felt like I was getting bogged down with Assault and Tactical marines and I ended up getting nothing finished (the annoyance of painting Mentors).

Still, the latest batch of models has got me excited and eager to paint. Hopefully I can make a dent.

And a dent I need to make! The Games Workshop store that I have been frequenting lately for a bit of gaming is having an Invasion! Event at Warhammer World on the 20th of this month. I’m keen to go if I can get the time off of work but will need a 600 point force (as its a doubles event).

My Orks aren’t far off of this army size, but I’m 3 Killa Kans away and they could use the fire power.

The Space Marines are further away from this size as the models I have painted aren’t game legal (only 1 troop choice). But if I can get them painted, I will have more options to chose from.

If I go, it may come down to which force I have enough models painted for. Hopefully after tonight I’ll have more of an idea.

On another gaming note, my losing streak is over as Graz Da Great proved it when he and his boyz beat up a load of Tau. We ran out of time to go past turn 3 but a win is a win. 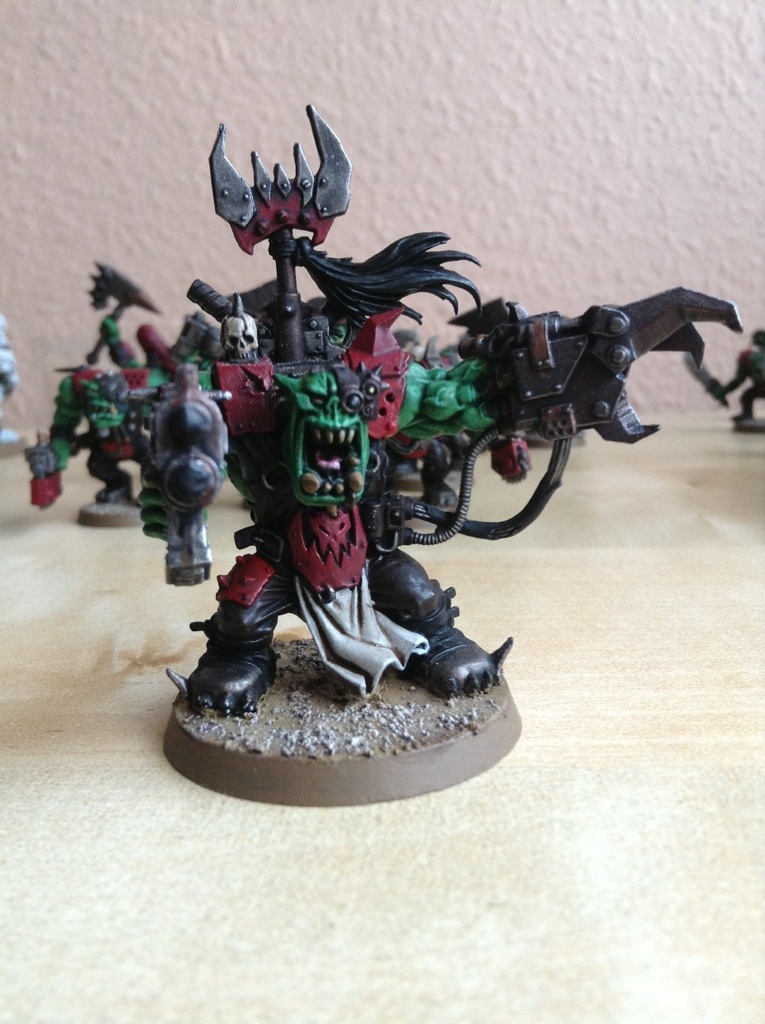 Building, Painting and Playing with Death Guard and Nurgle Daemons in Warhammer 40k

The life and thoughts of a Jenn