14 players have so far signed up and for the opening week, there was a healthy four games being played.

Before any of the games took place, each team needed to place their six starting flags on the map.

As it turned out, the Defenders got to place their flag first, which is nice for the narrative as you expect them to already be on the planet. They were then followed by the Invaders and then the Conquerors. This remained the order until all 6 flags of each team had been placed. 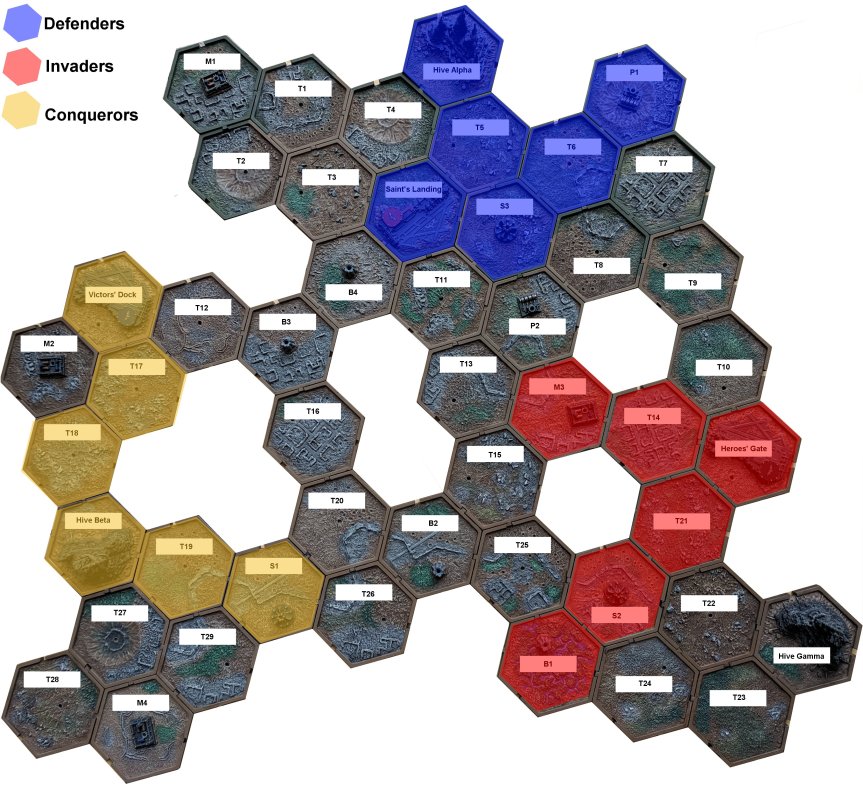 With the starting locations chosen, it was time for the games to begin.

The Defenders (obviously keen to protect their world) showed up in force with four players last night, and with one game being Defender against Defender, they were always going to be able to increase their holding of the planet.

Once all the dust had settled, the Defenders were able to claim 2 territories on the map and the Invaders and Conquerors were both able to claim 1 territory each. Sadly my Orks were crushed by the Adeptus Custodes sent to defend Falx…

The teams are now closer together so very soon we should start see some territories changing hands. Although none of the territories won this week will be available to be claimed again until Round 2.