I have finally settled on a Space Marine Chapter after years of flipping between several.

I liked the idea of creating my own chapter as that gives me much more flexibility regarding the rules and Chapter Tactics that I get to use. I also liked the idea of painting a Codex compliant chapter, but didn’t really want to paint Ultramarines.

One of the drawbacks to creating your own chapter is the iconography. For me, freehand icons are out of the question, and homemade transfers is another rabbit warren that I really didn’t want to go down.

Since pretty much everything standard Space Marine kit comes with only Ultramarine transfers, that only left me with one option. Omega.

I haven’t written up any background for the Chapter yet, but when I do it’ll go up on this blog.

First up, some Primaris Intercessors and Reivers which will be the start of my new kill team. 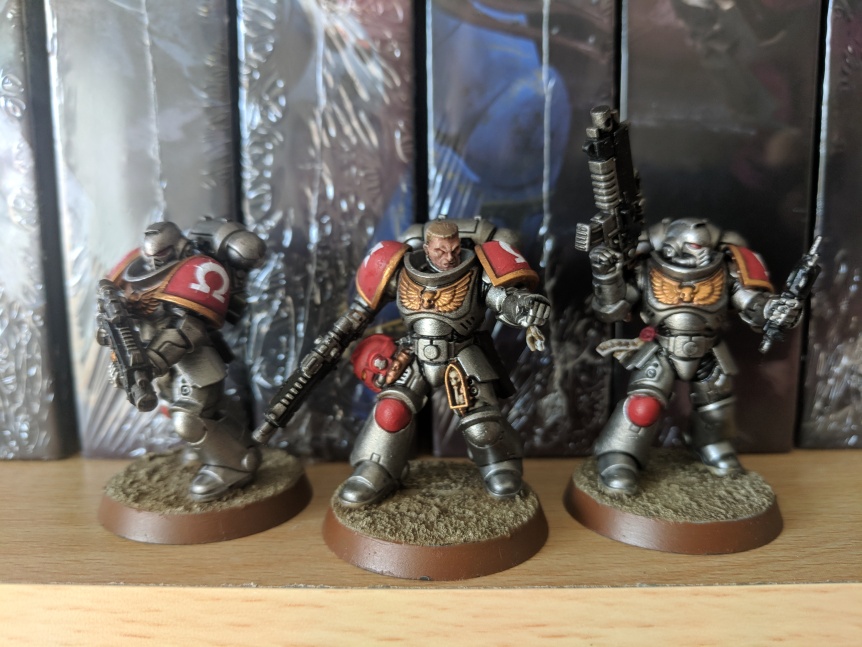 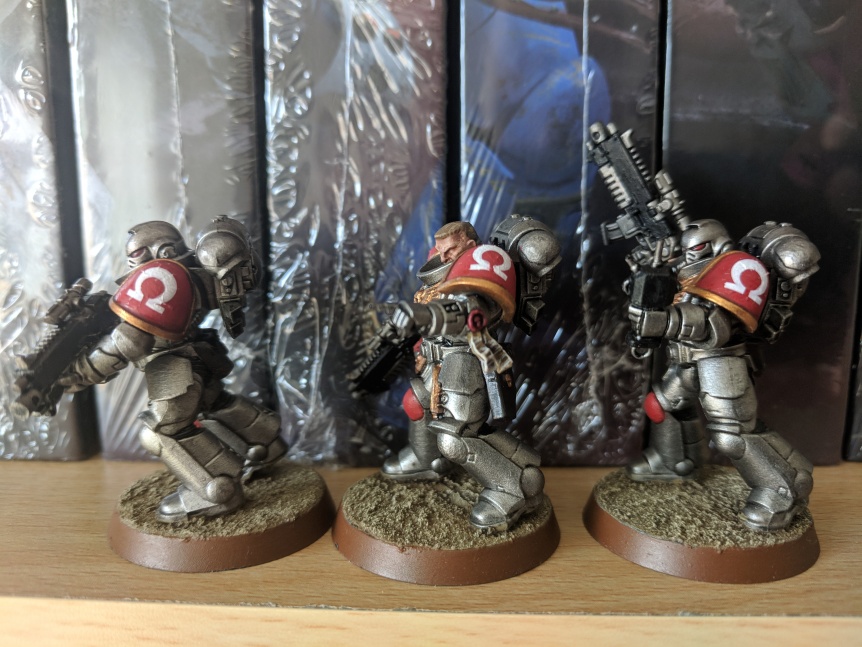 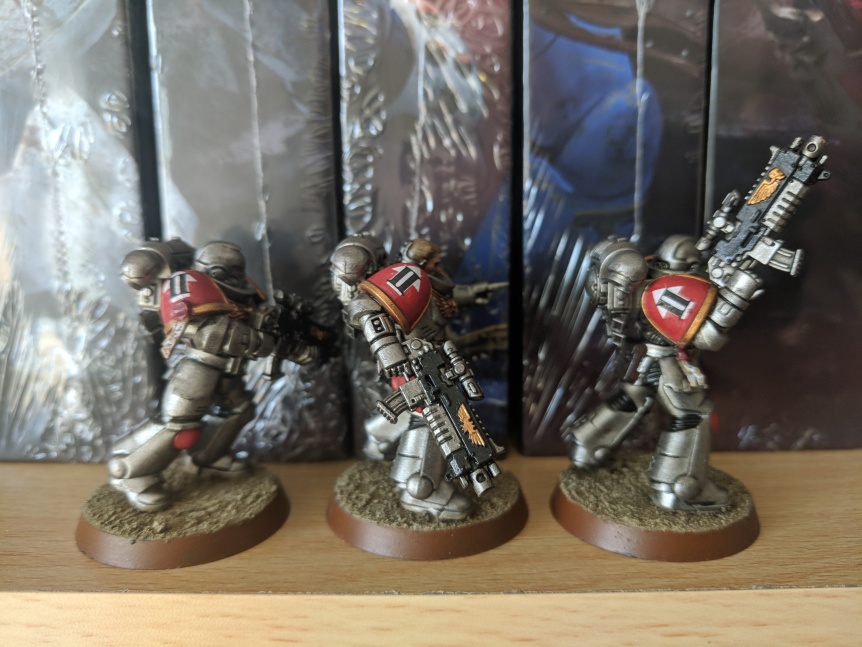 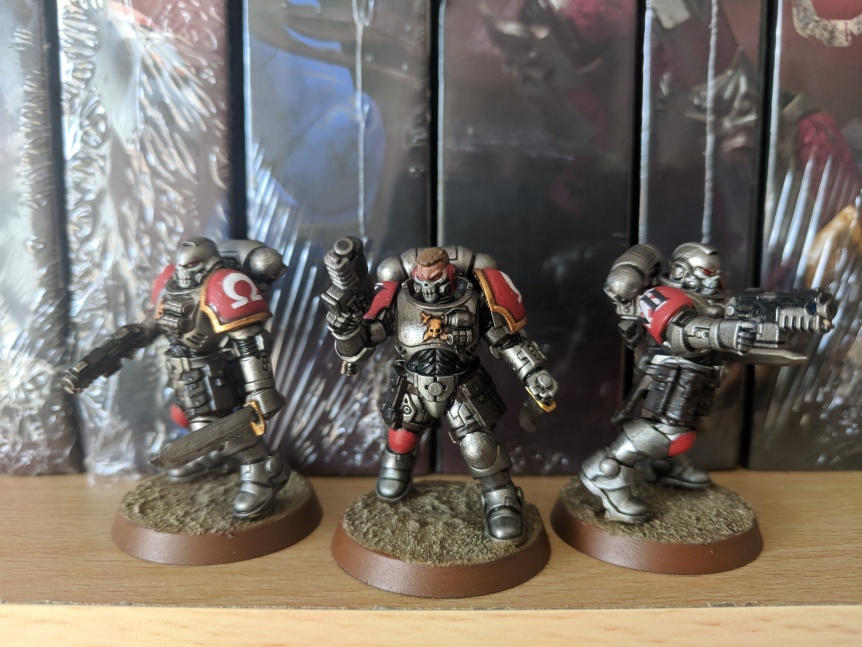 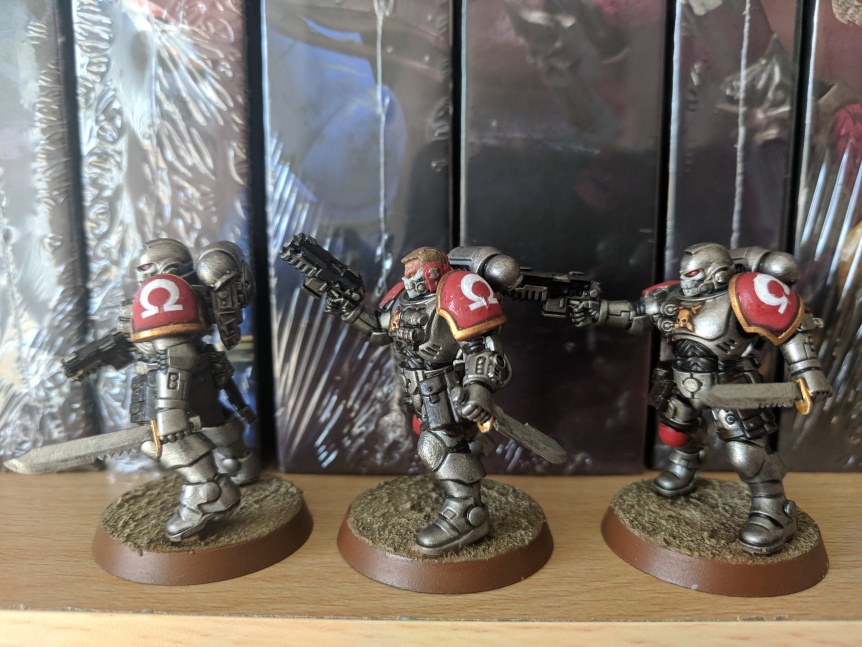 These were also the first models that I have ever put transfers on and I’m rather impressed with how much they improve the model. The transfers I used are quite old, which is why the squad numbers are so big.

These squads are both part of the Second Company, which will be the bulk of my army. But there are also elements of the First Company who will be joining them in battle. Here are some Sternguard Veterans: 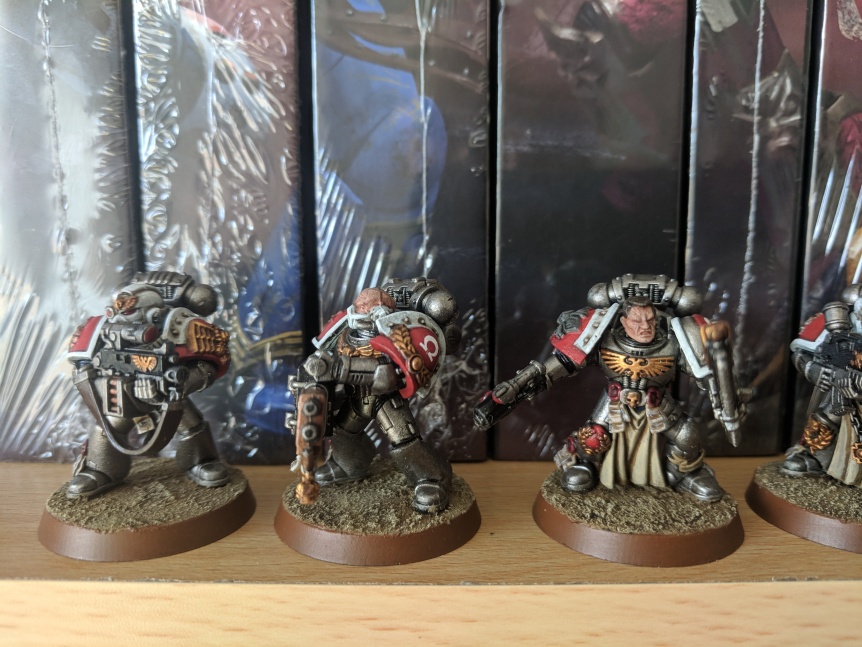 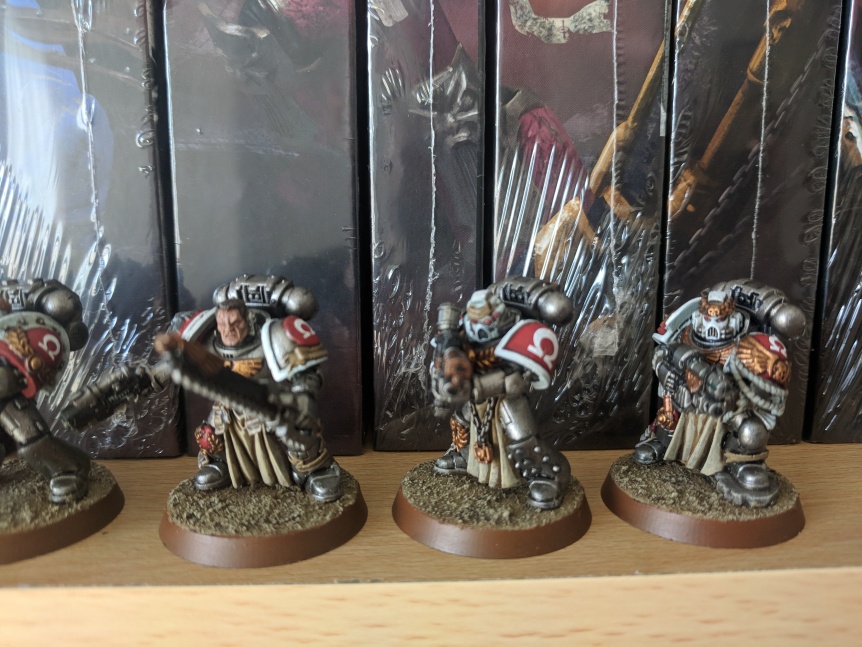 The transfers I put on these models were newer and were so much brighter when I applied them. It meant that I had to redo the white markings on this squad with White Scar so that the Chapter Symbol didn’t stand out as much. It also meant I had to touch up the older transfers on the Primaris so that they matched in.

One thought on “Omega Guardians”