The Omega Guardians continue to grow. The latest addition to the ranks is the Eothrus Primaris Lieutenant model from the Wake the dead 40k boxset. 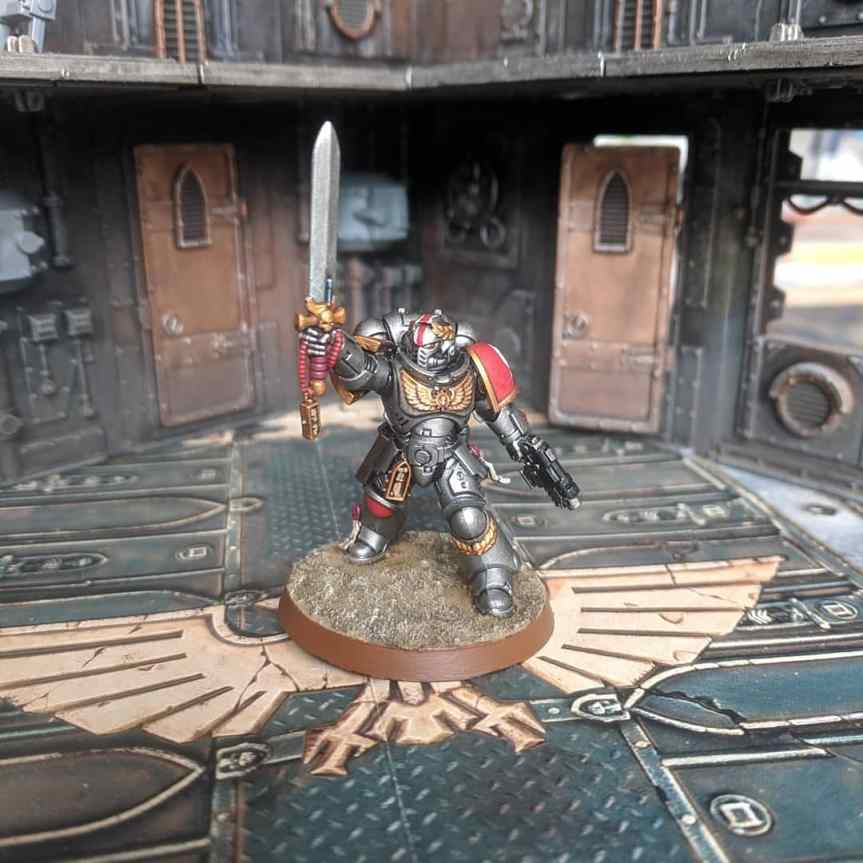 I decided to make him a named character amongst the Omega Guardians and will be a trend that I will continue. All HQ choices will be given a name that they will always use, until such time that their death in a game (narrative wise) is too much to come back from, such as being the victim of a super Smite, or being at the wrong end of a Titan’s guns.

I’ve given this character the name Adamis for no reason other than his pose. His pose instantly made me think of He-Man. The alter ego of which is Prince Adam. I fine that putting ‘is’ at the end of a name makes them sound 40kish.